Less sea ice and more precipitation than normal can be expected in the Arctic this winter, as temperatures in the region look set stay above normal during early part of the season, says an international panel of meteorologists based on a compilation of regional outlooks.

The forecast, agreed upon during the most recent meeting of the Pan-Arctic Climate Outlook Forum, comes after a summer in which temperatures were above average over most of the Arctic. 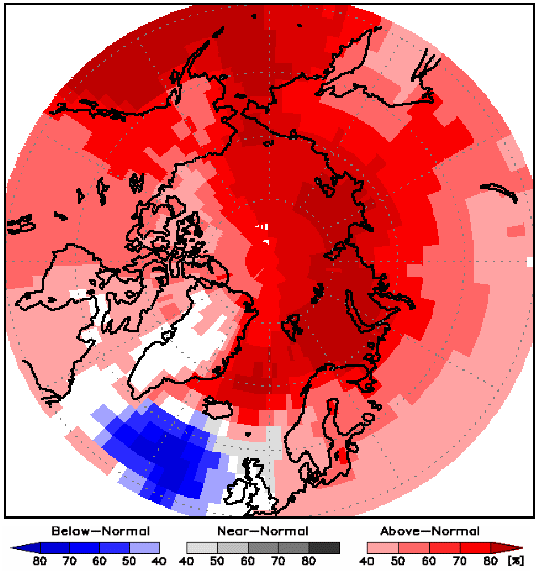 The temperature outlook for the November-January period calls for at least a 50 percent chance of warmer surface air over much of the region, with the exception of the eastern ​Canadian ​Arctic​ and parts of the Greenland icecap, where the chances are in the 40-50 percent range.

2018 outlook for autumn freeze-up by region

Outlook for 2019 sea-ice extent, by region 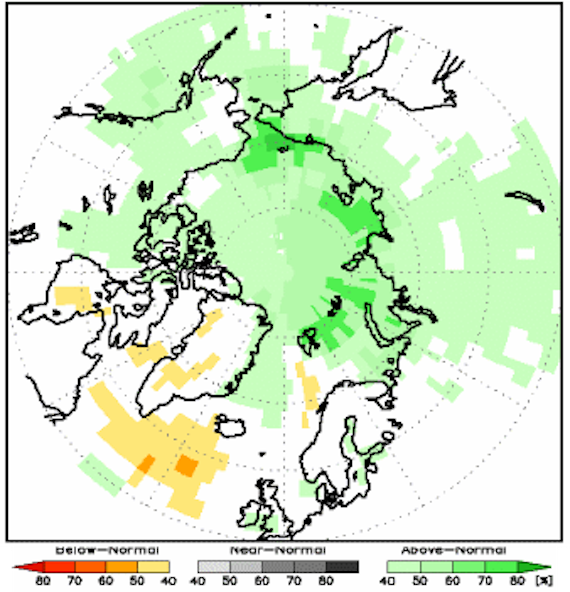 The PARCOF consensus outlook suggests that the chance of above normal precipitation is above 40 percent over the entire Canadian and Russian Arctic, with some exceptions over eastern Russia, Baffin Island and Hudson Bay, where the model was inconclusive.

Over Scandinavia, Iceland, Greenland and much of Alaska the data were inconclusive.

The second PARCOF meeting, held on October 30, brought together representatives and scientists from most of the Arctic Council members, as well as representatives from indigenous groups and shipping companies.

The first PARCOF meeting was held in Ottawa, Canada, in May.