This week, your correspondent is on the road, visiting two urban Arctic centers — first Oulu, Finland, and then Luleå, Sweden.

Tromsø, Norway, has staked its claim to being “the Arctic capital,” but other cities are vying for their place in the spotlight. Nuuk, Greenland uses the same slogan, for example. It is also Tromsø’s sister city, coincidentally. Perhaps the sibling rivalry may push both to clearly define what the term means. This would be helpful. The term “capital of,” followed by a place name, an activity or industry, is frequently attached to cities and regions, though why this is the case is rarely well defined.

Urban legend has it that Tromsø adopted the slogan after Hillary Clinton, when visiting the city in 2012 as America’s secretary of state, used the term to describe the city. Until then, it was satisfied to be known as “the Paris of the North.”

The capital claim draws on its status as the home of the Arctic Council, as well as other educational and research institutions focusing on the region but, city officials admit, it is mostly a marketing slogan that is about to become a victim of its own success. The city now suggests that firms not add “Arctic” to their product name unless it is necessary. Their concern is that the brand is being watered down.

Nuuk, on the other hand, is located south of the Arctic Circle, but as the seat of the Greenland’s Self-Rule Authority and its national assembly, it is the capital of a country most would agree is suitably defined as Arctic.

Rovaniemi, Finland, sells itself as “the capital of Lapland” and “the Arctic design capital” (as well as being “the official hometown of Santa Claus”). Oulu, though promoting itself as a city that has “Arctic attitude,” stays out of the Arctic capital race, too. Instead, passengers arriving from Helsinki are informed when deplaning that they are entering “the capital of Northern Scandinavia.” Where north begins and south ends is unclear, but features like cold, snow and the Northern Lights are defining characteristics.

Other elements from the natural environment feature prominently in much regional marketing. The designs are different, but the message is often the same. Differentiating one city from another then, comes down to the people who live in a place, and what they have built there.

In Oulu, this week, the focus of a program organised by Business Oulu, a municipal development agency, will be on technology and entrepreneurialism, in the form of Polar Bear Pitching — an event in which entrepreneurs seeking to sell their company to investors must do so while immersed in sea water through a hole cut in the frozen harbor — and drone racing. Such tech-focused happenings are a legacy of Nokia, a telecommunications firm that, until 2012, had a research and development division in the city. When the firm left, thousands were left unemployed.

Rather than seeking to revive what Nokia left behind, or, worse, moping over it, the city has moved on. Today, most have work again, often in leading-edge fields like fifth generation mobile telephone networks, a type of wireless communication that will be able to transfer more information, faster than current networks.

The next generation of technology, and the young people who will dream it up, may already be here: the city is home to a pair of tech-focused universities with an enrollment of 25,000 (amounting to an eighth of the city’s population). An annual dousing in icy water is unlikely to cool down whatever ambitions they have. On the contrary, such tests of fortitude are the stuff that good memories and strong bonds are made of, and may encourage students in Oulu to become residents in Oulu. That would be a plus for the city’s human capital, the most important capital of all.

In the same basket

Did you know that Alaska has 750 farms? Or that, in a good year, Greenland’s potato harvest is 120 tons. Neither amount to much in the grand scheme of things: Alaska farmland amounts to less than 1 percent of the state’s land area (compare that with Iowa’s 75 percent), and Greenland’s potato crop is minuscule in comparison to the 1,500 tons it imports each year. But, as temperatures warm, can agriculture help shore up the region’s food and economic security? Yes, believes the Circumpolar Agricultural Association, an NGO, which this week holds its 10th conference on the issue.

[Food in the North: making up appearances]

The CAA is one of a number of outfits working to promote food production in the North. Greenland has an experimental farm and an agricultural consulting service. In Nunavut, greenhousing has long been promoted as a way to address food-security issues. That it has not underscores that agriculture’s potential bounty, like much else in the region, is unlikely to be spread evenly.

One topic that this week’s meeting will address is what agriculture is. Sámi reindeer may go nicely with vegetables harvested from hothouses in Iceland, berries foraged in Finland and Alaska’s carrots, but do they belong on the same plate together, academically speaking?

A working-group effort
The Arctic Council’s senior Arctic officials, the high-level civil servants who represent member countries, gather this week in Ruka, Finland. This is the final meeting prior to the council’s big biennial meeting, when the chairmanship will pass from Finland to Iceland.

Discussions about these closed-door meetings often focus on the role of observers, the non-Arctic states and organizations that take part in council activities. This week’s meeting, however, will emphasize the work done by working groups and other subsidiary bodies. During the past two years, these groups have undertaken some 50 or so activities, and, before the results can be presented in May, they must be signed off on by the SAOs.

One thing that will not be presented to the cabinet members representing each of the Arctic states is an agreement pledging them to co-operate more closely in a particular area. Previous meetings have seen countries agree to work together in science, preventing marine-oil pollution and search-and-rescue. Not having an agreement to end on suggests the Finnish chairmanship has been less than a success, say detractors.

Agreements, though, should be seen as the icing on the cake, not the cake itself, says one council official: “The work of the Arctic Council is about more than what happens at the ministerial meeting. It is the volume of the working groups’ work that is more important.”

In other words, quantity is also a quality.

Related reading
During Finland meeting, a discussion of Iceland and fire and the Arctic Council’s future

Kingdom of Denmark and and the SDGs
In Denmark, the Faroe Committee, Greenland Committee of the Folketing, the national assembly, as well as its Arctic Delegation, host an open hearing on the UN Sustainable Development Goals, a list of 17 areas such as poverty, social justice and the environment where the organization would like to see improvements made in by 2030. Discussions will take a North Atlantic perspective and focus primarily on the goal of preserving and ensuring sustainable use of the world’s oceans and their resources.

Related reading
The SDGs from the Greenlandic perspective 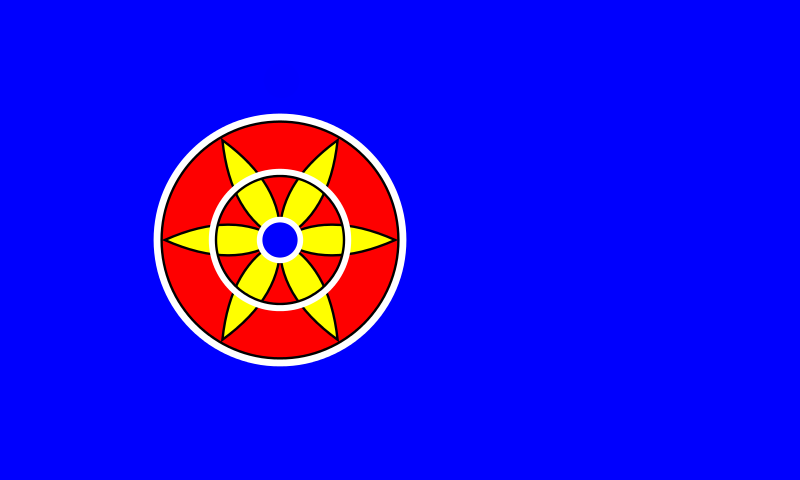 Think minorities in the Arctic, and you are likely to think about one of the region’s Indigenous groups. The Kven, a population of about 15,000 living in northern Norway and Sweden, escape most people’s attention. The Kven are the descendants of Finnish fishermen and farmers who migrated to Sweden and Norway in the 18th and 19th centuries. Their holiday, celebrated since 2013, commemorates a 14th century treaty between the ancestors of the Kven and Sweden.

When: Mar 16
Where: Northern Norway and Sweden
WWW: Kven Language and Culture

Iditarod and Finnmarksløpet
Also this week, expect finishes in two of the world’s biggest sled-dog races. In Alaska, the Iditarod, likely to conclude early this week, sees Frenchman Nicolas Petit in the lead at the time of this writing. In Norway’s Finnmarksløpet, Europe’s longest sled-dog race, American Dallas Seavey currently holds the lead in a race projected to end on Mar 18.

The Week Ahead is a preview of some of the events related to the region that will be in the news in the coming week. If you have a topic you think ought to be profiled in a coming week, please email [email protected].