In August, a lightning blast claimed the lives of more than 300 reindeer in Norway. The month before, an anthrax epidemic — which Russian officials blamed on microbes that thawed after spending decades frozen inside a reindeer corpse — sickened several indigenous people in Siberia. Anthrax killed a 12-year-old boy, and reindeer died by the hundreds. In the disease’s aftermath, the regional government proposed to terminate 250,000 reindeer by Christmas. Rudolph still can’t catch a break.

Even the Arctic tundra has turned against the animals, so well-adapted to the clime, as the area warms at a faster rate than the rest of the globe.

In November 2013, 61,000 reindeer starved to death on Russia’s Yamal Peninsula. It marked the largest regional “mortality episode” of reindeer ever recorded, as ecologists wrote in a new study in the journal Biology Letters.

An additional 20,000 had succumbed to famine in November 2006. The immediate cause, according to the team of researchers from Europe, the United States and Asia, was an unusual ice barrier that smothered the reindeer pastures.

Reindeer — relatives of caribou in North America — can stamp through ice about three-quarters of an inch thick, using their feet to access the nutritious lichen and plants below. But in early November 2006 and 2013, the ice was an order of magnitude deeper — up to several inches, too tough even for the reindeer’s sharp hoofs. Unable to eat, the animals died.

Study author Bruce C. Forbes, an expert on permafrost ecology at the University of Lapland in Finland, described the weather events that created the ice as “rain-on-snow,” or ROS. As anyone who has crunched through snow after a winter rainstorm knows, the rainfall hardens into an icy layer. In northwest Siberia in 2013, rain saturated the entire snow column from top to bottom, Forbes said in an email to The Washington Post. The result was a solid block of ice, frozen to the ground.

“Herders have observed about once per decade these events are intensive and extensive enough to lead to starvation of animals, when herds cannot find soft, diggable snow,” Forbes said. 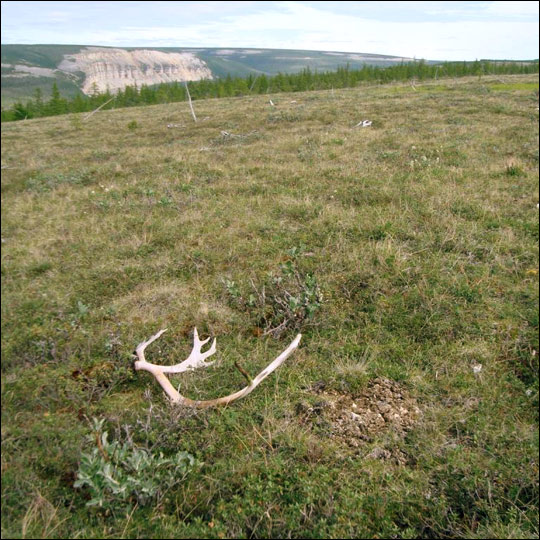 It may seem counterintuitive that warmer weather brings more ice to parts of Siberia like the Yamal Peninsula. But when warming causes the thinning of nearby Arctic sea ice — which wind and waves then fracture — or its complete melting, the warm Atlantic water below is revealed. As Jennifer Francis, a Rutgers University Arctic specialist told The Post in May, the Arctic has reached “record-breaking territory”: low Arctic sea ice, high temperatures and fire seasons that start sooner each year.

And with that wetter air comes rain.

In early November 2013, it rained for a continuous and anomalous 24 hours. After the rain, temperatures plummeted. By Nov. 10, more than 10,000 square miles of the southern part of the Yamal Peninsula were blanketed in ice. The temperatures remained below freezing until spring 2014. By that time, the scientists wrote, “the private herders who had lost most or all of their animals to starvation were functionally stranded in the tundra. With no draft reindeer to haul their camps, they resorted to full-time subsistence fishing and borrowed breeding stock to rebuild their herds, a multiyear process.”

The new study linked several events into a chain, some of which had previously been observed only as discrete events, the authors noted. As the scientists summarized the sequence, “Warming to Sea ice decline to Increased precipitation and winter temperatures to [Rain-on-snow] events to Reindeer mortality.”

Historical observations and models indicate the effect of climate change is more pronounced at the poles. White sea ice reflects sunlight, whereas when ice cover diminishes, the darker Arctic water is able to absorb more energy. The result is a feedback loop known as Arctic amplification. NASA climatologists also note that strong tropical thunderstorms at the equator draw heat into the upper atmosphere, where it is circulated toward poles.

As the Siberian climate warms, Forbes said mathematical models predict rains will become more frequent and intense. “We are recommending in the near future that mobile slaughterhouses could be deployed in time to the herds at risk out on the tundra,” he said, “so that reindeer can be slaughtered humanely.” At least that way, he pointed out, herders could receive compensation for the loss of their reindeer.

Russia plans to kill a quarter-million reindeer amid anthrax fears

Anthrax sickens 13 in western Siberia. And a thawed-out reindeer corpse may be to blame.