It’s a phenomenon so common it has morphed into its own verb. “Shrubification” describes the expansion of shrubs across the Arctic, from the North Slope of Alaska to the isolated expanse of Siberian tundra.

Scientists who have worked in the Arctic for multiple years can describe these changes, having witnessed them firsthand. Laura Gough, chairperson of biological sciences at Towson University, has worked in Arctic tundra ecosystems for 20 years, as post-doctoral researcher and now as a plant ecologist. She’s noticed that the number of alders lining Alaska’s Dalton Highway, which cuts north from Fairbanks to Deadhorse, has increased over time. Other scientists recall conducting fieldwork in masses of shrubs that have grown thicker over the years.

But, observational tales do not a scientific paper make. That’s why, while the expansion of shrubs is obvious to the perennial visitor, researchers are now quantifying the spread of this change across the Arctic — and trying to determine how it might alter tundra ecosystems in the future.

“We have a lot of anecdotes, and today, the question for us is if we have the data to back it up,” said Gough.

The Arctic tundra is home to many different low-lying woody shrub species. Walking along the soft rolling grass in Alaska, one might encounter the diamond-leaf willow, with thin, bendy branches and long green leaves. On Canada’s Herschel Island, small, dense and twisted dwarf birch sit low to the ground.

While the Arctic spans millions of square miles, many of the landscapes share the same type of shrubs, or at least close cousins.

“A lot of tundra species have wide distribution,” said Isla Myers-Smith, an Arctic ecologist at the University of Edinburgh and member of “Team Shrub” at the Arctic Ecology Lab.

Because the North American and Eurasian tundras are close in higher latitudes and were once connected, they share common species, including willow, birch and alder. Scientists focus on these when describing the expansion of shrubs in the region.

In a 2017 literature review of 60 studies looking at shrub changes — including both the expansion of the shrub line and growth of existing shrub populations — across the high-latitude tundra, Myers-Smith and her co-author state that all studies found evidence of shrub line advance and growing populations. These studies spanned the Arctic, with sites in Northern Alaska, Canada, Scandinavia and Russia. The authors predicted that if conditions that favor shrub growth continue, tall willow cover in the region could increase by 20 percent in the next 50 years. 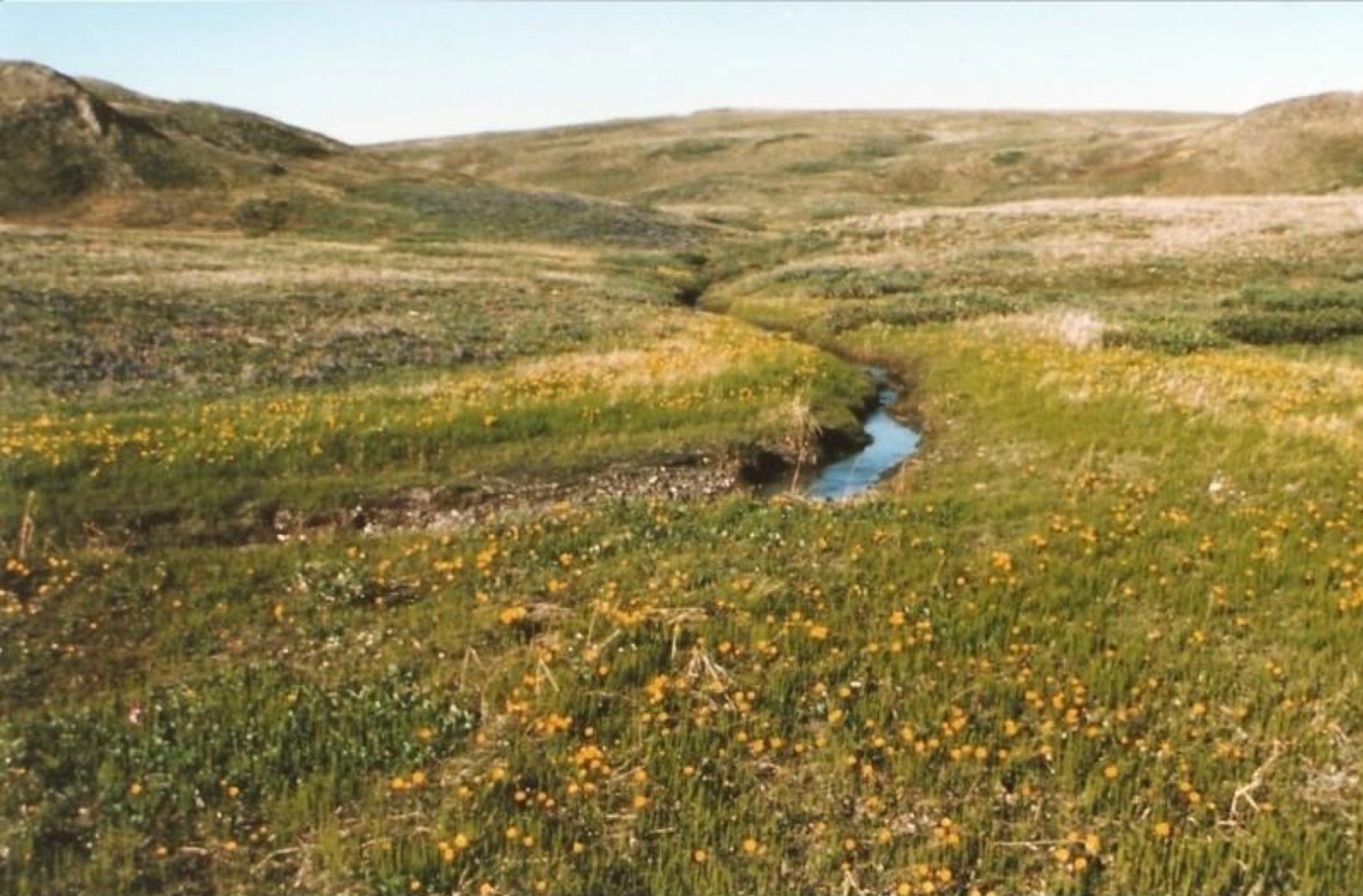 Now, scientists are drilling down to try to understand the primary drivers of shrub advance and growth in the Arctic and circumarctic tundra.

A new study published in the journal Environmental Research Letters looks at a variety of factors influencing woody shrub growth in Alaska’s North Slope, including the location of the plants in the landscape, soil properties and climate conditions. In the summers of 2015 and 2016, they collected samples from six populations of diamond leaf willow, splitting the branches apart to look at the growth rings inside, a practice called dendroecology. Like the circular bands found inside larger trees, these rings give the scientist clues of how well each plant fared in summers past — thick rings imply a good growing season, while rings that are thin, or even absent, imply a poor growing season.

Led by Daniel Ackerman, a Ph.D. ecology student at the University of Minnesota, the researchers then compared these ring patterns and picked out similar patterns between the plants. For example, in 2002, almost every sample had a tiny growth ring, while in 2005 nearly every sample had a fat ring. Comparing these patterns with the climate history of the region, they could then run correlations — did warm summers lead to a pattern of fat rings? Or was it precipitation? No to both.

Adding another layer to the findings, another recent study found that spring in the Arctic is arriving 16 days earlier than it was 10 years ago. If this trend continues, with warmer temperatures and snow melt happening earlier and earlier in the future, Akerman said that these economical shrubs might be able to take advantage of the added warmth.

“In 10 years, it may be the May temperatures driving growth, not the June temperatures,” Akerman said.

With this expansion of tundra shrub, some species are likely to profit, while others may struggle.

As some shrubs spread their range northward, for example, some animals may follow. This includes moose and beavers, animals usually not found above the southern tree line that edges some parts of the Arctic. Gough brings up migratory songbirds: A longer growing season might mean that they can have not one, but two hatchings of chicks — although it might also affect their migration patterns.

“With everything in the Arctic, it’s pluses or minuses, and then figuring the net effect,” said Gough.

Another focus is on caribou and reindeer, which are already seeing herd declines in parts of both Alaska and Canada. In 2013, Alaska’s Central Arctic herd numbered around 50,000 heads. That decreased to about 22,000 caribou in 2016, with the Alaska Department of Fish and Game saying that pregnancy rates were down and adult death rates were up for female caribou. In Canada, the total number of barren-ground caribou is around 800,000 today, a steep drop from the 2 million estimated in the 1990s.

While Alaska’s Department of Fish and Game said that there was no evidence that climate change was affecting the herd in 2016, scientists say that an increase in shrubs could make it harder for adult caribou and reindeer to acquire enough nutritious lichen in the future. Shrubs have greater chemical defenses than other summer forage, and may also shade out lichen as they grow. (Gough also pointed out that climate change might lead to more rains in the winter, which could form a hard, icy layer on top of the snow, making it harder for caribou to dig down and reach the lichen.)

But there might be a sliver of hope for caribou. While Akerman identified favorable warming temperatures for shrub growth in Alaska’s Arctic, there might be limits to their progress. A few beneficial degrees of warming could soon turn against the plants as higher temperatures dry out the landscape.

“Shrubs will take advantage of warmer temperatures, that’s going to be true for one to two to three degrees of warming,” said Akerman. “But looking at a future where it’s five, six, seven degrees [of warming], potentially it will get so warm that the soil will dry out and the shrub will struggle a bit due to a lack of moisture.”

“It’s only going to boost shrub growth, then the moisture limitation will take over.”