The Right to Be Cold: One Woman’s Story of Protecting Her Culture, the Arctic and the Whole Planet

“In a sense, Inuit of my generation have lived in both the ice age and the space age,” Sheila Watt-Cloutier writes in the introduction to her memoir “The Right to Be Cold.” “The modern world arrived slowly in some places of the world, and quickly in others. But in the Arctic it appeared in a single generation.”

This is a bit of an exaggeration, considering how many centuries Europeans have been traversing North America’s Arctic coast. It is, however, most certainly true that the full brunt of modernization did not hit Inuit communities from Alaska to Greenland until midway through the 20th century.

The resulting upheavals have changed nearly every aspect of Arctic residents’ lives, including social, health, economic and political disruptions, and most recently the arrival of major environmental changes driven by human activity. Watt-Cloutier, born in the Canadian village of Kuujjuaq, adds sadly, “I have seen what seemed permanent begin to melt away.”

Watt-Cloutier is an internationally known activist who has striven to raise awareness of how climate change is affecting the Arctic on a much stronger level than other areas of the planet have thus far experienced. In 2005, she and other Canadian Inuit filed a petition with the Inter-American Commission on Human Rights charging the United States with violating the human rights of their people by failing to reduce greenhouse emissions, causing continued melting of sea ice and permafrost, which in turn threatened the ability of the Inuit to maintain their traditional way of life.

The petition was ultimately rejected, but it led a shift in how the impacts of climate change are viewed. What had previously been seen primarily as a threat to glaciers, flora and fauna and abstractly as a long-term concern for human beings was suddenly recognized as an immediate peril for people. In the wake of the Inuit petition, legal complaints were filed by other indigenous groups in the Arctic and beyond who were seeing the ecosystems they depend on rapidly turn into something new. The international debate over how to respond to climate change acquired an entirely different narrative.

Watt-Cloutier came from humble beginnings. In the early part of her book she describes being raised by her mother and grandmother, two women who had both been abandoned by the fathers of their children. Despite the lack of a male figure in the household, Watt-Cloutier felt safe in her community and had a strong sense of cultural identity. This mostly idyllic start to life ended in the mid-1960s when she was sent to a series of boarding schools for Native children, where an objective was to rid students of their cultures and Westernize them.

After graduating high school in the early 1970s, Watt-Cloutier returned to her hometown where she first worked at a nursing station and then as a school counselor, witnessing the impacts of modernization. Alcoholism, domestic abuse and suicide — problems rarely seen a few years earlier — were becoming endemic, while welfare dependency was replacing subsistence as a means of survival. It was the beginning of a political awakening that would guide her through her professional career.

Watt-Cloutier retraces her long path into political activism. Initially she got involved in efforts at restructuring the education system in Inuit communities in order to align it with Native cultural values. Her experiences prompted her to run for a seat with the Makivik Corp., an Inuit corporation born from a 1975 land-claims settlement. On her second try in 1995, she won, and a few months later was elected president of the Canadian branch of the Inuit Circumpolar Council.

At this point her attention was redirected to environmental concerns, specifically persistent organic pollutants (POPs), industrial chemicals used all over the planet that concentrate in polar regions. Studies in the 1990s found these substances harbored themselves in the fatty tissues of sea mammals that comprise a major part of the Inuit diet, and that Inuit people themselves had alarmingly high levels in their bloodstreams.

Not a black-and-white issue

Watt-Cloutier became a globetrotting crusader, attending endless international conferences held by the United Nations and other agencies as an agreement to start phasing out most of the chemicals was hammered out. The labyrinthine process of politics is well described, with so many agencies cited that readers will be wishing for a glossary to keep all the acronyms straight. Watt-Cloutier also explores the ways that equally compelling needs can conflict. DDT is one of the most poisonous persistent organic pollutants for northerners, yet for people in malaria-ridden regions, it’s a lifesaver. These issues aren’t always as black and white as some might wish.

As the persistent organic pollutants issue reached settlement at the turn of the millennium, climate change became an even larger concern. Rapid warming in the Arctic was undermining the longstanding subsistence economy of Inuit villages as sea ice rapidly retreated and permafrost melted. Ways of life that stretch back centuries were threatened. Watt-Cloutier found herself caught between political powers more beholden to business interests than people, and environmental groups that could be sympathetic one day and an opponent the next because they don’t understand Inuit relationships with the megafauna they hunt for sustenance. Yet she found a way to make her appeal.

This is an uneven and at times unfocused book, but the story it tells is important. In framing climate change as a human-rights issue and the Inuit as victims, Watt-Cloutier has forced us to consider our impacts on the planet on an exigent level.

“I had started out just trying to help students who passed through my office,” she writes, and “ended up taking up the cause of the entire Arctic.”

Without ice, Inuit traditions are lost. For the indigenous people of the Arctic, cultural survival demands the right to be cold. 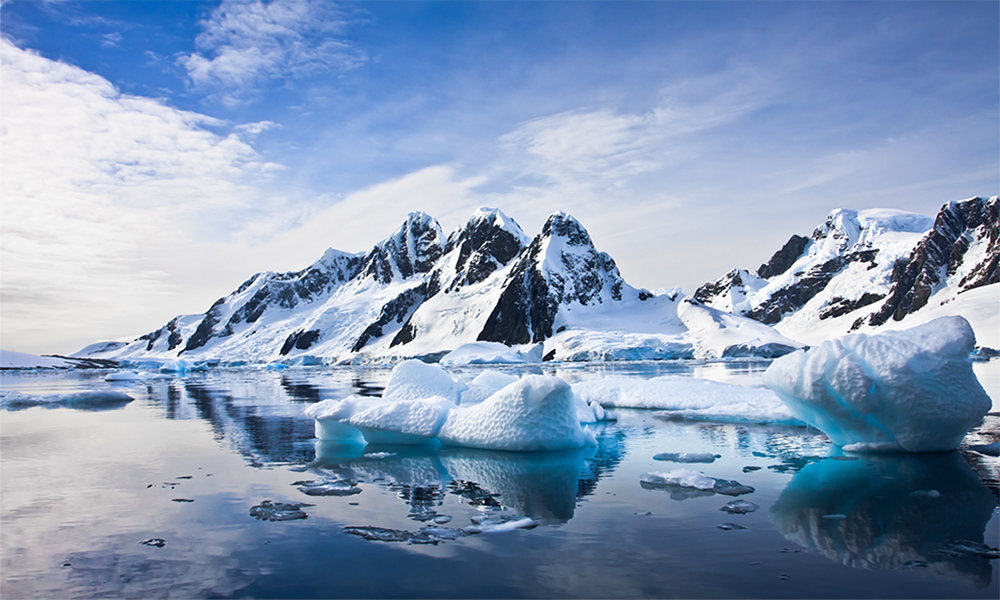 David A. James is a Fairbanks-based freelance writer and critic.