One the heels of hottest October ever recorded in Europe comes a November weekend that saw an astounding average of 6.7 degrees Celsius above normal across the Arctic.

November 21 saw temperatures 10 to 12 degrees C higher than normal 30 years ago in some places, according to the Climate Change Institute at the University of Maine.

A belt of warm air is currently stretching from northern Greenland across the North Pole to the Laptev and East Siberian Seas north of the Russian mainland. Northeast of Svalbard via Franz Josef Land to Severnaya Zemlya saw similar heat.

The Russian Arctic waters have a delayed growth of sea ice this winter. Open waters trigger warmer weather, and as previously reported by The Barents Observer, this October was extraordinary warm at several of the Russian archipelagoes, between 6 and 8 degrees C warmer than normal. September also the warmest in Russia’s 130-year recorded history of measuring temperatures in its Arctic regions.

U.S. National Centers for Environmental Information reported October as being the fourth-warmest on record in global average, but for Europe, the month ended as the hottest on record. Norway’s Meteorological Institute also points to the northern regions having the largest anomaly for October with 2.5 to 3 degrees C higher than normal in Troms and Finnmark region. 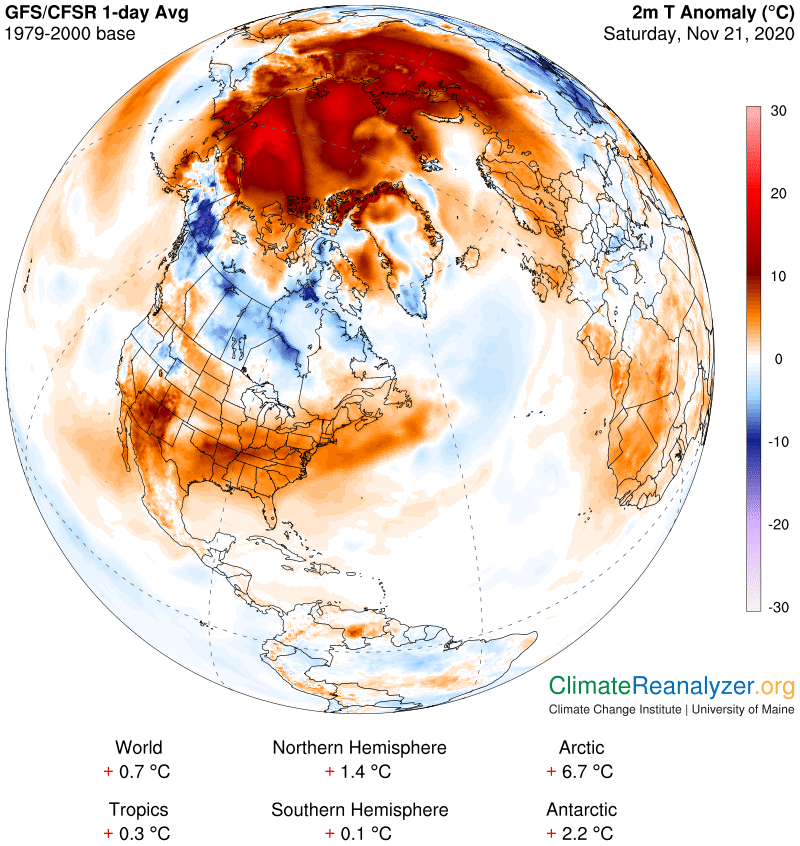