OSLO/LONDON — Equinor joined other major European oil and gas companies on Thursday by including emissions from the fuel it sells to customers in its carbon reduction targets as investors step up the pressure on fossil fuel producers.

By including so-called Scope 3 emissions on top of the emissions from its own operations, the Norwegian company is now broadly in line with Royal Dutch Shell and Total, though all fall short of Spain’s Repsol.

Equinor is also now ahead of BP, Eni and U.S. companies Exxon, Chevron and ConocoPhillips, which have not yet included Scope 3 emissions in their carbon reduction targets.

Oil and gas producers argue they cannot control emissions from the use of the products, such as petrol in a car, but investors worried about climate change have stepped up the pressure on them to take some responsibility.

Like Royal Dutch Shell and Total, Equinor is now targeting a reduction in its net carbon intensity, rather than Repsol’s more ambitious plan to spend more than $5 billion to cut overall emissions to net zero by 2050.

Intensity-based targets measure the amount of greenhouse gas emissions per unit of energy, or barrel of oil and gas, produced. That means absolute emissions could rise as output grows, even if the headline intensity metric falls.

“The ambition to reduce net carbon intensity by at least 50 percent by 2050 takes into account scope 1, 2 and 3 emissions, from initial production to final consumption,” Equinor said on Thursday when announcing fourth-quarter results.

Scope 1 refers to emissions from a company’s direct operations, such as a generator on an oil rig, while Scope 2 includes emissions generated by third parties such as power companies used by oil producers. 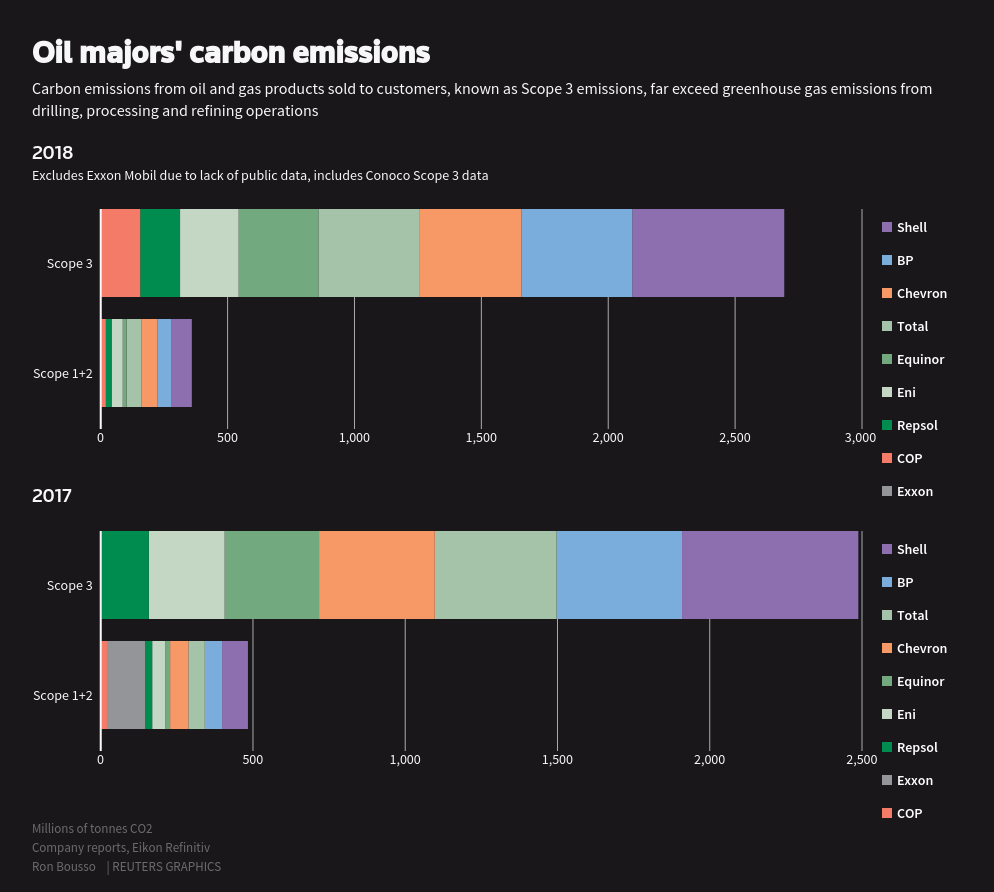 “Repsol has shown the net zero 2050 ambition we need,” said Edward Mason, head of responsible investments at the Church of England, which has been buying shares in oil and gas companies so it can push them to make stronger climate commitments.

“Equinor is doing some great stuff, particularly on (Scope 1 and 2 emissions), but I’m not sure a pledge to halve carbon intensity by 2050 does it any more,” he said on Twitter.

Equinor, which has been building a renewables business mainly focused on offshore wind, will also achieve its renewable investment target sooner than planned, its chief financial officer told Reuters on Thursday. 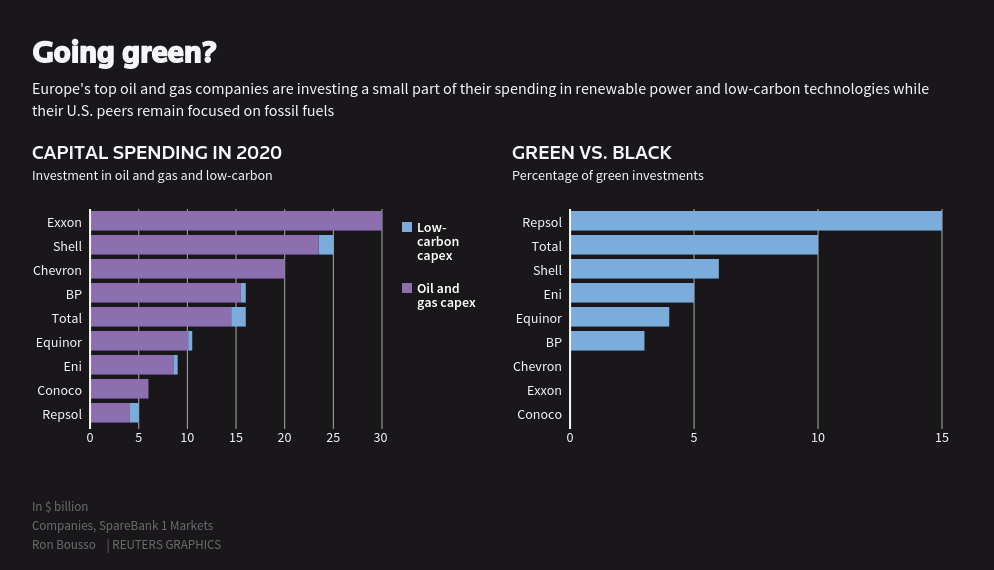 It is mainly focusing on offshore wind power, including projects in Britain, the United States and Poland. It has also invested in Norwegian solar power producer Scatec Solar.

“We will produce less oil in a low carbon future, but value creation from oil and gas will still be high, and renewables give significant new opportunities to create attractive returns and growth,” said Equinor CEO Eldar Saetre.

Its shares were down 2.5 percent at 1200 GMT, underperforming European oil stocks overall which were 0.2 percent higher.

Additional reporting by Shadia Nasralla and Ron Bousso in London.