As Arctic sea ice has dwindled, polar bear attacks on people have increased — correlated trends that point to distressed conditions for bears forced to fend for themselves on land as the ice of their ocean habitat melts.

A published analysis by researchers of all confirmed wild polar bear attacks around the Arctic since 1870 shows a steep upturn in attacks in recent years. Twenty percent of the 73 known polar bear attacks on people occurred in just five years, from 2010 to 2014, according to the analysis, and in many cases, the bears killed to eat, not to defend themselves.

The information is in a study published in the Wildlife Society Bulletin. The study does not make cause-and-effect conclusions, but it points out a “strong correction and just cause for concern,” said biologist Geoff York, one of the authors.

“It’s a perfect storm of conditions,” said York, formerly with the U.S. Geological Survey in Anchorage and now with the organization Polar Bears International. 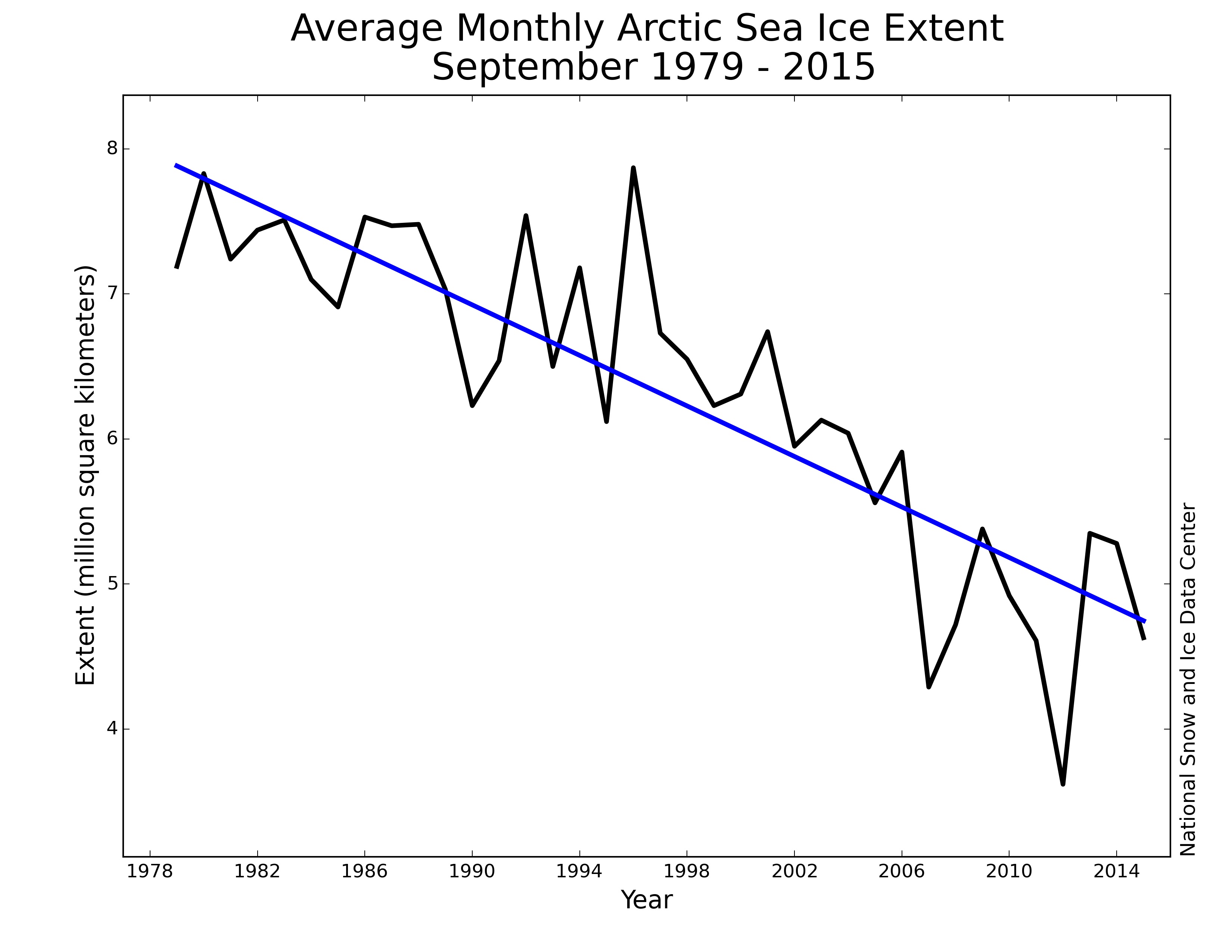 Warmer conditions mean less ice at sea, where polar bears historically have hunted seals, their main food source. That sends more bears ashore, where traditional food supplies are sparser, York said. There, they are encountering more people — the increasing numbers of people who are traveling over the landscape or camping on it, working at research or industrial sites and living in communities around the Arctic, several of which are growing in population, he said.

Trouble has been expected as more bears come to land and more people come to the Arctic, including those hoping to extract resources and others traveling as tourists, York said.

“It’s something that frontline managers in the Arctic have had a sense of unease about,” he said.

Because details about many of the long-ago attacks are sketchy, most of the study’s analysis focuses on confirmed attacks from 1960 to 2014, the last year of data included.

More information will be needed to see whether the attacks mark a dangerous trend that will continue through the rest of the decade, York said.

“We’ll see if that was just a one-off, maybe a couple of bad ice years in a row,” he said.

The recent years have been notably bad for sea ice. Summer Arctic ice extent has been particularly low since 2007. The record-low minimum was hit in 2012. Right now, ice extent is running slightly above 2012 levels, but is about equal to mid-July levels last year and in other years of extremely low ice, according to the National Snow and Ice Data Center in Boulder, Colorado. Most of the sea ice that currently exists in the Arctic is much thinner than it has been in past years, according to the University of Washington’s Polar Science Center.

Other statistics in the study point to climate transformation as the factor behind increased polar bear attacks on people.

In cases where information was known about attacking bears’ body conditions, 61 percent of those that attacked people were found to be in bad shape, either skinny or merely underweight. Among predatory bears, which accounted for 59 percent of all attacks, 65 had poorer-than-normal body conditions, the study found.

York has had personal experience with the phenomenon.

While he was working on an observation tower at Cape Churchill in the Hudson Bay area last November, a thin and aggressive polar bear jumped onto the vehicle he and a colleague had been using. The bear was likely famished and willing to take some chances, he said.

“This was a thin and adult male, and it was going onto December and there was no ice in the bay at all that time,” he said.

York and his colleague, perched on the tower’s ladder, pepper-sprayed the bear and were thankful to be in a safe place.

“If you were on the ground in a tent or a cabin, the bear would come back,” he said. The bear did indeed return after about 15 minutes, but was more cowed, and was ultimately scared away by cracker shell explosions, he said.

Locals in the Arctic have taken notice of the new dangers, York said. Some residents of Arctic Alaska and Canada have told him that they no longer camp out on the exposed tundra as they did in years past, he said. Instead, they stick to established fish camps and cabins that are better fortified than tents, he said.

While females with cubs account for a small number of reported attacks on people, there is no record of any fatal attack by a mother bear with her young, the study found. All reported fatal attacks were by solitary bears, the study said.

Of all attacks, 59 percent were classified as predatory, and more than half of the predatory attacks were by sub-adult bears 4 years old or younger, the study said.

More than half of the polar bear attacks were on people in remote camps or traveling across the land, while 27 percent of them happened in Arctic communities. That latter ratio is very high compared to attacks by black and brown bears, which are much more frequent than attacks by polar bears.

Some form of “attractant” left by people, like garbage, is cited in the vast majority of in-town attacks, but “towns, in and of themselves, are attractants,” York said.

The study is intended to help craft strategies and programs to keep Arctic residents and visitors safe at a time when more polar bears are coming to land and those on land are staying longer, York said.