Within the framework of the international forum “Renewable energy and electric transport” a single development institution – the Corporation for the Development of the Far East and the Arctic – presented a mechanism for attracting private investment in the development of distributed energy generation, including on the basis of renewable energy sources.

“ In remote and isolated regions of the Far East and the Arctic, there are more than 1000 facilities of inefficient diesel, fuel oil and coal generation, which require expensive delivery of energy resources to ensure a guaranteed energy supply to consumers. Tens of billions of budgetary funds are spent annually on the “northern delivery” of fuel, which is a significant burden on the economy of our country. At the same time, this area has a huge investment potential for the implementation of modern technological solutions, including those based on renewable energy sources, the implementation of which will make a significant contribution to ensuring sustainable socio-economic development of the macroregion and will increase the energy and environmental efficiency of the economy of the entire country ”,– Vasily Potemkin , managing director of KRDV , said during the plenary session “Development of RES in the regions of Russia: economic and technological aspects” . 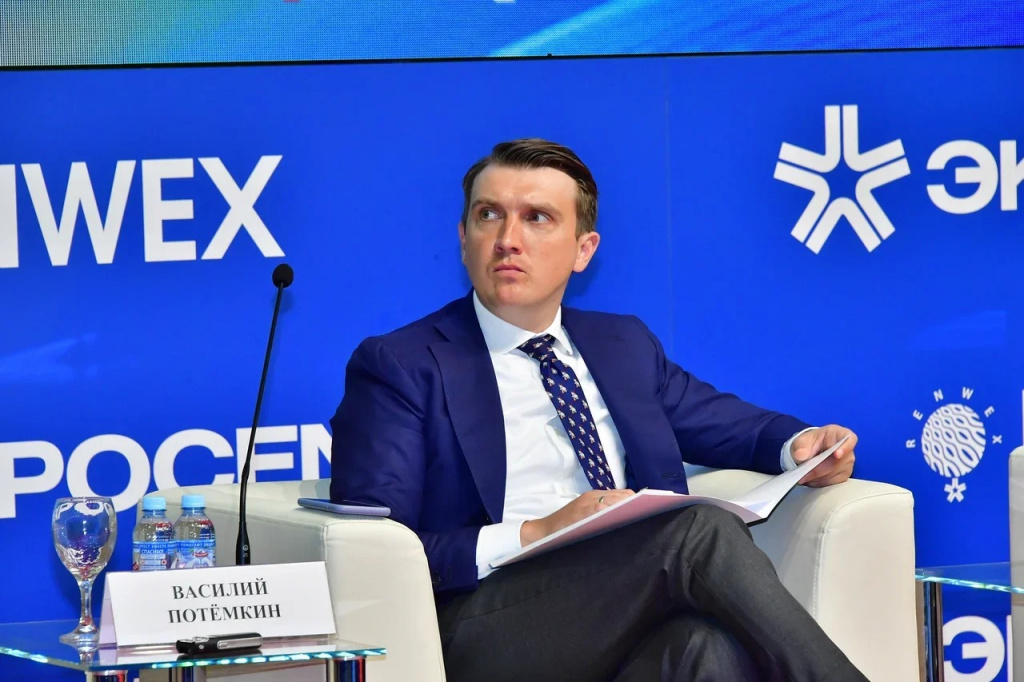 “We understand the existing difficulties in the implementation of RES investment projects in remote and isolated areas, therefore, together with the Ministry for the Development of the Russian Far East and FANU Vostokgosplan, we are actively working to create a comprehensive system of preferences for private investors in this area. We invite all interested companies in the energy sector to cooperate and develop joint solutions for the implementation of renewable energy projects in the Far East and the Arctic, ”noted Vasily Potemkin .

A separate panel discussion was devoted to the development of local communal energy on the topic “Development of energy infrastructure in remote regions of the Far East and the Arctic using modern renewable energy and thermal generation technologies: prospects for the construction of hybrid energy complexes”, organized by KRDV in cooperation with the Small Energy Association.

“Municipal energy is the largest and most socially significant group of investment projects and, at the same time, the most difficult to attract private business. That is why KRDV, as part of its activities, has developed a comprehensive system of support for investors in this area in the form of a Roadmap for the implementation of the Concept of attracting private investment in the development of distributed generation, including on the basis of renewable energy sources, in remote and isolated regions of the Far East and the Arctic, “said Head of the direction for energy and housing and communal services of the KRDV Maxim Gubanov .

According to the expert, the implementation of the roadmap will remove administrative barriers and create attractive financial conditions for investors. This concept implies the creation of a management system for the development of distributed generation, the launch of a mechanism for attracting investors using an integrated energy contract, as well as setting up a business support system, including preferential tax conditions, preferential repayable financing and grants in the form of public-private partnerships for socially significant projects.

Gubanov also noted that a separate issue that still needs to be worked out is the localization of production and import substitution of technologies used at distributed generation facilities. The emergence of engineering, production and service centers will not only improve the efficiency of energy infrastructure, but also create highly qualified jobs in the Far East and the Arctic.

“We hope for the soonest approval of the roadmap at the level of the Government of the Russian Federation and are ready for its implementation in cooperation with the industry community,  ” summed up  Maxim Gubanov .

Recall that in June 2021, the draft KRDV roadmap for the development of distributed generation in the Far East and the Arctic was approved by the State Duma Energy Committee and recommended to the Russian Government for approval. The document provides comprehensive solutions for attracting private investment in the modernization of the municipal energy economy based on the creation of a system for long-term planning of the development of distributed generation and the emergence of sources of state support, as well as tools for providing it to investors.

This article was first posted on the website of the Russian Far East and Arctic Development Corporation.